Medusa "My Side of the Story" Video 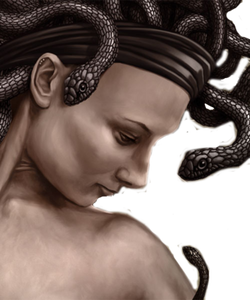 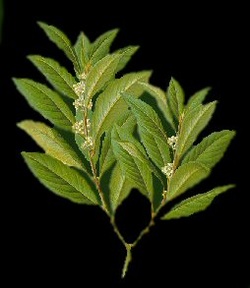 On a sheet of paper, please copy down the question, followed by the correct answer to each question.


1. Why is Apollo so full of himself at the beginning of the story? What has he just accomplished?
A. He has just severed Medusa's head
B. He has just killed a great serpent
C. He has just stolen Hermes' cattle
D. He has just won American Idol

3. What does Cupid do to Apollo in revenge?
A. He shoots Apollo with the gold-tipped arrow
B. He steals Apollo's bow and arrow
C. He asks Apollo's beloved, Daphne, out on a date
D. He spreads a rumor that Apollo has stinky armpits

7. What happens when Apollo is struck by Cupid's gold-tipped arrow?
A. He falls asleep for eight days
B. Everyone around him turns into a tree
C. He falls madly in love with Daphne
D. He challenges Perseus to a fight

8. What does Daphne's father do in the end?
A. He makes Daphne marry Apollo
B. He turns Daphne into a tree
C. He grounds Daphne for three weeks
D. He sends Daphne to Mount Olympus

9. What does Apollo do in the end?
A. He turns himself into a tree and plants himself next to Daphne
B. He carves "A+D 4EVER" into the tree trunk
C. He makes the Laurel his sacred tree
D. He cries for eight days, and his tears make the tree live forever

10. How was the Laurel Tree used in Ancient Rome?
A. Its sap was used to make different kinds of medicine
B. Its leaves were placed over the doorway of every home
C. Its leaves were worn in wreaths on the heads of scholars and heroes
D. Its wood was used to build Apollo's temples